Home » Nutrition » Does Hot Sauce Kill Sperm? Where Is The Truth?

The question of whether a hot sauce does kill sperm, specifically, whether you can put hot sauce in a discarded condom to stop the sperm from being used to impregnate someone—has been circulating online.

Are Sperm Killed By Hot Sauce?

Medical experts strongly advise against using hot sauce as a spermicidal agent because there is no concrete medical evidence that it destroys sperm. 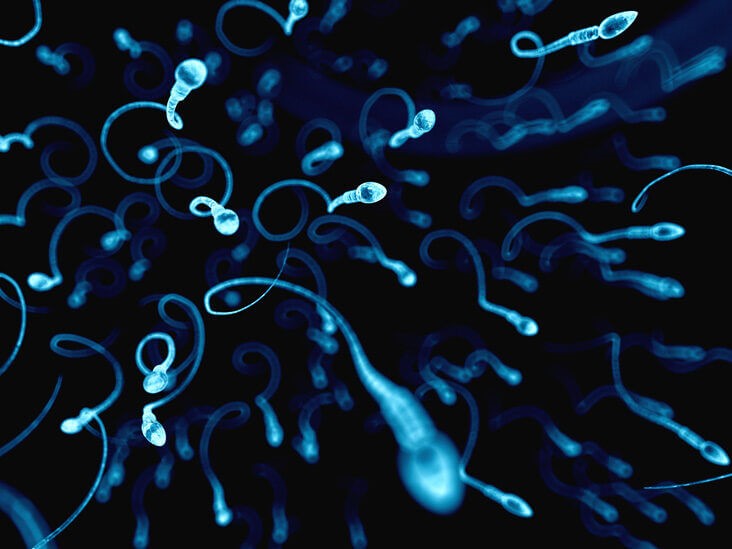 Some claim that hot sauce contains two ingredients that are often thought to destroy sperm which are,

Capsaicin, a compound present in chili peppers, is said by some to have spermicide properties. In the same way that hot food “burns” your tongue and chili peppers can actually burn your flesh, capsaicin is what gives chili peppers their characteristic “burn.”

Another typical component of hot sauce is vinegar, and some claim that it and other acidic liquids, such lemon juice, can prevent conception by destroying sperm.

There is no direct evidence that vinegar kills sperm, and it is not advised to use vinegar as a contraceptive or spermicide. It is known that sperm does not thrive in acidic environments, and the pH of hot sauce must be 4.6 or lower.

What Would Happen If You Attempted To Kill Sperm Using Hot Sauce?

People are curious about the methods of using hot sauce to harm sperm. First, some individuals question whether sperm may be killed by being applied topically with spicy sauce.

Second, The primary things that may occur if hot sauce is applied topically to the penis, vagina, or inside of a condom to kill sperm and lessen the likelihood of pregnancy: 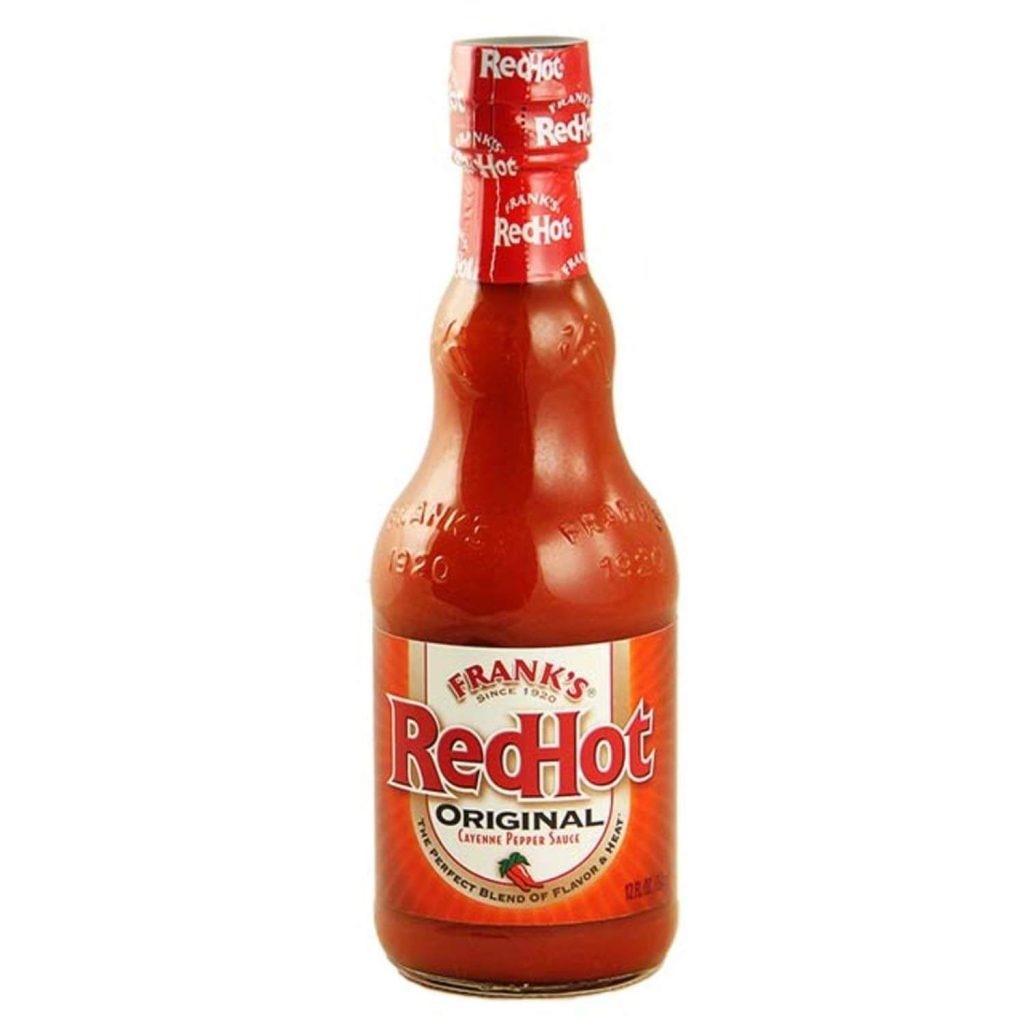 You should research spermicide condoms if you are interested in hot sauce as a spermicide because you want to avoid getting pregnant in general or because you are worried that your partner could try to become pregnant using the contents of a discarded condom.

These condoms contain spermicidal lubricants, such as Nonoxynol-9, a spermicide trusted by medical specialists and body-safe.

Maybe you like: How To  Put A Halt To Hiccups? 6+ Methods

Alternatively, some people question if ingesting hot sauce will kill their sperm, either because they are expecting it will assist them and their partner prevent conception or the opposite: because they are scared that eating too much spicy food may impair their fertility.

Consuming hot sauce and other spicy meals have not been proven to harm sperm or lower sperm count in any situation.

Why Spermicide Shouldn’t Be Done With Hot Sauce

Due to its likely ineffectiveness and tendency to hurt or irritate the area where it is administered, the hot sauce should not be used as a spermicide.

Do you realize how searing hot sauce may make your tongue feel? Well, a picture that is in a delicate area.

The active ingredient in chili peppers, capsaicin, which gives them their heat, is an irritant that shouldn’t be anywhere near your genitalia.

In addition, it is categorized as a chemical irritant, burning any tissues with which it comes into contact. In sensitive locations, it would be excruciatingly painful.

Thankfully, no long-term damage would result from this irritation, but you could unintentionally harm yourself by trying to numb the searing sensation it would produce.

Then there’s the fact that using spicy sauce to avoid getting pregnant is highly unlikely.

There isn’t any hard evidence in the literature to support the claim that hot sauce can end pregnancies.

Although there is some evidence that spicy sauce may shorten sperm’s lifespan, fertilization would probably still be possible.

And you shouldn’t really gamble with anything like this.

Why Do Sperm Die?

The feminine form of contraception is spermicide. It is employed to stop pregnancies. Spermicidal effects are present.

Studies have shown that wifi connection has an indirect, but nonetheless significant, impact on sperm health.

Sperm cells are killed by temperatures over 35 degrees.

Sperm cells are severely harmed by temperatures below zero degrees.

Because of the heat, sperm is killed in hot tubes.

Sperm are killed by cell phones with sar values over average. You ought to buy from reputable brands.

According to several research in the scientific literature, sperm motility and longevity may be impacted by acidic conditions.

It’s also crucial to think about the ingredients in spicy sauce at this time. The majority are created with vinegar, water, salt, and chili peppers. Here, the vinegar itself is in issue.

It’s crucial to emphasize that no specific research has been done on the interactions between vinegar and sperm.

However, several studies have found that acidity affects the lifespan and motility of sperm.

Now, normal sperm is normally alkaline by nature, with a PH balance of 7.2 to 8.0.

Prior to using hydrochloric acid in this Johns Hopkins University experiment from 2000, sperm samples were collected (with a pH of 4.0).

The study showed that within a minute, the sperm were immobilized. In 10 minutes, the sperm had been killed.

Now, the components of spicy sauce vary, as does the quantity (and kind) of vinegar utilized.

However, the PH of spicy sauce must be no higher than 4.6. Otherwise, bacteria might develop. The study showed that within a minute, the sperm were immobilized. In 10 minutes, the sperm had been killed.

Now, the components of spicy sauce vary, as does the quantity (and kind) of vinegar utilized.

However, the PH of spicy sauce must be no higher than 4.6. Otherwise, bacteria might develop.

In light of this, it is possible that hot sauce could in some way affect sperm.

Therefore, there is a remote chance that hot sauce could prevent pregnancy if the stars were to align.

But not necessarily. And it shouldn’t ever be applied that way. The reasons (pain, dangers, etc.) have already been discussed.

It’s not entirely unjustified, though.

Where On Earth Does This Question Even Originate?

Although you may have only recently heard rumors online, this query is related to a recent legal dispute involving Drake, a well-known singer.

Sperm can be killed by high temperatures for a variety of causes.

Sperm’s protein structure can be harmed by heat, which reduces their ability to swim and enter an egg. High temperatures can also impair the testicles’ capacity to create fresh sperm.

Although high temperatures can destroy sperm, there are several strategies to shield sperm from the damaging effects of heat. For instance, avoiding hot baths and donning loose-fitting clothing can preserve the testicles from overheating.

Men with low sperm counts can also benefit from a variety of reproductive therapies that are readily available.

While there isn’t a single, conclusive answer to this topic, there is data that suggests cell phones may have an effect on sperm health.

Those who keep their cell phones in their pockets had lower sperm counts and motility than men who do not, according to studies.

Additionally, there is some evidence to support the idea that the electromagnetic radiation released by cell phones may cause DNA damage in sperm cells, which may affect fertility.

According to the study, men’s sperm concentration was 23% lower in those who drank two or more sugary drinks per day than in those who didn’t.

Additionally, sperm concentration was 12% lower in men who consumed more than four servings of caffeinated beverages per day compared to men who did not.

Finally, sperm concentration was 17% lower in men who consumed more than two alcoholic drinks per day compared to men who did not.

Stress can have a variety of effects on sperm health. By modifying hormone levels, for example.

The hormone cortisol may rise in response to stress, which may have an effect on testosterone levels. Lower sperm count and motility may result from this.

Five: Ask Your Doctor About The Quality Of Your Sperm.

The best way to figure out what might be affecting your sperm quality is to speak with a doctor.

There are many factors that can affect sperm quality. Low sperm quality may have a variety of causes, however some of the more frequent ones are as follows:

Although it may not be simple, the appropriate treatment can improve sperm quality.

Consult a doctor if you’re worried about the quality of your sperm to learn what might be the cause and what can be done to fix it.

So what can we deduce from all of this? Well, it’s not completely absurd to use spicy sauce as a contraceptive. But it’s unquestionably not encouraged, preferred, or recommended. Furthermore, you shouldn’t ever need to test this as spermicidal condoms are readily available.