You might be wondering what the importance of sulfur dioxide So2 in food is. But do you know what sulfur dioxide is? Sulfur Dioxide is a preservative commonly found in foods, especially dried fruit.

This gas has a strong smell. It is released as a byproduct of fossil fuel combustion. Because it is non-flammable, it is not dangerous to ingest. But it can be harmful if inhaled.

You might ask yourself, “Is Sulfur Dioxide Safe in Food?” While the name certainly doesn’t sound appetizing, the chemical isn’t harmful to most people unless you’re allergic to sulfites or have asthma.

A recent study published in the British Journal of Diseases of the Chest suggests it is generally safe. However, it can cause asthma in sensitive people. 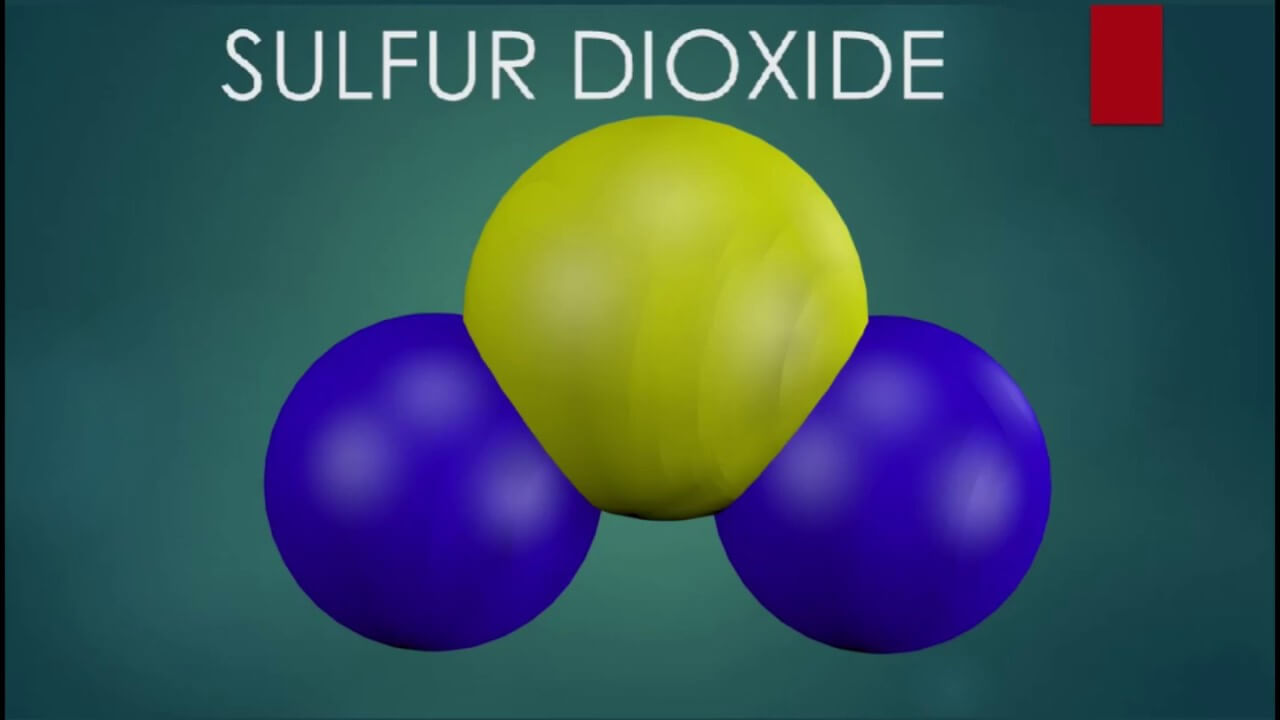 Sulfur dioxide is also used to preserve dried fruit as one of its importance in food. Its antibacterial properties keep it from darkening. It also extends the shelf life of the dried fruit.

This substance is a common preservative, but you shouldn’t eat it in large quantities. The Center for Science in the Public Interest recommends limiting dried fruit consumption. It’s also safe for other products like wine and alcoholic drinks.

Why Is Sulphur Dioxide Added To Foods?

Why is Sulphur Dioxide added to food products? This substance is added to some products for its preservative and antioxidant effects. Sulfur dioxide is allowed in many foods, including breakfast sausages and burger meats. But how does it affect your health?

It is permitted in limited amounts and has been shown to cause allergic reactions and asthma. The Food and Drugs (Composition and Labeling Regulations) stipulate that the substance must be declared on the label.

Although Sulphur dioxide is widely used as a preservative and antioxidant, which is one of its importance in food, it is a known cause of asthma in some susceptible individuals.

In one study, sulfites worsen asthma in one in nine sufferers. Nonetheless, this substance is allowed in food by regulation in the U.K., EEC, and USA. Its use is regulated under GMP. It is used in some products in the U.K. and the USA, including soft drinks and alcoholic beverages.

What is So2 in food?

Sulfur dioxide is a chemical compound used in the production of dried fruits. Its presence extends these items’ shelf life while preserving their color.

The use of sulfite is widespread, but some consumers may not know it’s harmful. Asthma is a common ailment that affects 235 million people around the world. For this reason, it’s crucial to label foods carefully. 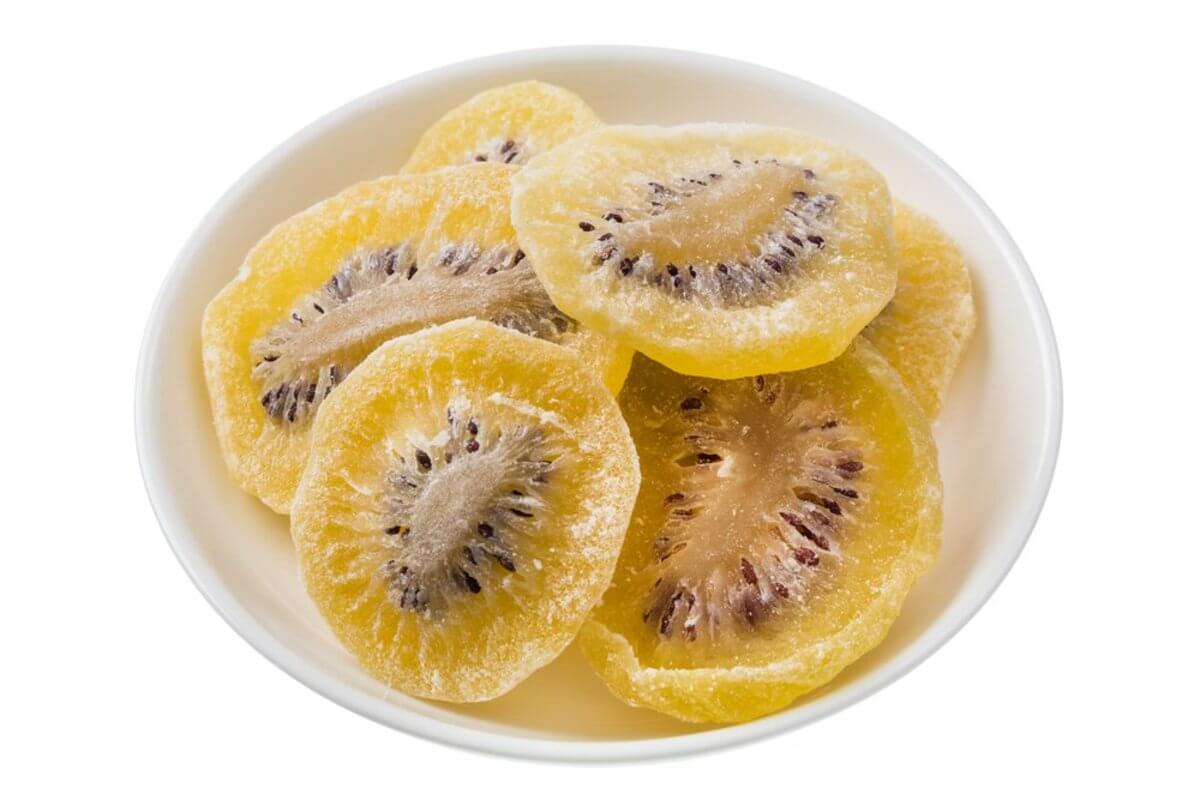 Sulfur dioxide has much importance and uses in other aspects apart from food. It can be a byproduct of smelting minerals for the production of sulfuric acid. Sulfur dioxide is found naturally in warm springs and volcanic gases.

It is also produced industrially by burning sulfur compounds, including iron pyrite and copper. Sulfur dioxide is an essential component of acid rain. It can also cause the decay of paint and building materials.

What Is Sulphur Used For In Cooking?

Sulfur is found in many foods. Typical sources of dietary sulfur are meat, poultry eggs, certain vegetables, and legumes. Its use in cooking can be temporary or permanent.

While many vegetables contain sulfur, they tend to be high in fiber. They are often associated with a healthy diet. Other common sources of sulfur in food include mustard and arugula.

Sulfur dioxide is used as a preservative in many foods. Its use in the food industry has many benefits as well as importance. Some studies show that it can exacerbate asthma in susceptible people.

One study found that up to one-third of asthmatics suffered from an asthma attack when exposed to the chemical. Food producers are required to limit the amount of sulfur dioxide in their products in the USA and E.U.

Why Is Sulfur dioxide Not Used As Food Preservative?

Sulfur dioxide is a chemical preservative that is sometimes found in dried fruits. This chemical is often listed as an ingredient on food labels, but the consumers may not be aware of its negative impact.

According to the U.S. Food and Drug Administration, sulfites may increase the risk of developing asthma. That’s why it’s important to avoid these ingredients, if possible.

Sulfur dioxide is commonly used in food products as a preservative, but its use is regulated under the Preservatives in Food Regulation.

Using sulfur dioxide as a food preservative requires that manufacturers follow GMP guidelines. It also needs to be correctly labeled, so consumers should always check labels before buying food products containing it.

Sulfur dioxide has antimicrobial properties and is used to preserve the color of soft drinks and carbonated lemon juice. It also keeps dried fruits because it prevents them from turning brown.

Its antibacterial qualities also help preserve fresh produce. It’s unknown why it’s used as a food preservative, but it is one of the main ingredients in processed foods.

Does Sulfur dioxide in food cause gas?

What is the effect of sulfur dioxide on human wellbeing? Studies suggest that up to 20% of the general population will experience hyperreactivity to the gas.

For example, adolescents with asthma are more likely to experience hyperreactivity to SO2 at concentrations of one part per million (ppm). Similarly, studies by Greenfield, Attaway, Tyler, and others showed that SO2 exposures resulted in short-term changes in airway resistance.

In a review by Greenfield, Attaway, Tyler, and others, a study of controlled animal exposures to sulfur dioxide found that exposure to this gas caused various symptoms in both animals and humans.

Acute exposure resulted in decreased pulmonary function, reduced mucus clearance, and lesions of the nasomaxillary turbinates. However, the effects were transient and appeared to be time-dependent. When compared to the impact of long-term exposure, the results were mixed.

What Happens If You Eat Sulphur Dioxide?

Sulfur dioxide is a non-flammable gas that is emitted from the combustion of fossil fuels. While sulfites are safe for consumption in small amounts, they may have adverse effects if inhaled.

These reactions may include a rash, asthma attack, or even death. The Food and Drug Administration (FDA) lists sulfur dioxide as safe for consumption though its importance is not necessary for all foods.

Sulfur dioxide is not appetizing – and the idea of eating it is not recommended for those who are prone to asthma or sulfite allergies.

One study in the British Journal of Diseases of the Chest concluded that although it is relatively harmless for most people, sulfites may cause asthma in those with sensitive respiratory systems. To protect yourself from this risk, avoid consuming sulfur dioxide food.

Why Is Sulfur Dioxide Added To Dry Fruit?

Added to food, as one of the importance of sulfur dioxide, it can prevent bacteria from growing in foods. It prevents fungus growth and makes food more stable for storage.

Though Sulphur dioxide has its importance to health, consuming too much sulfur dioxide in food can lead to a variety of health problems. For this reason, it is essential to follow a few steps when choosing dried fruit, including washing before eating. Read on for more information.

The process of adding sulfur dioxide to dried fruit affects the texture of the fruit and its nutritional value. Some people may be sensitive to the ingredient, causing rashes or asthma attacks.

Some people may have symptoms like wheezing, asthma attacks, or other respiratory issues. The good news is that it has its importance and is safe to eat trace amounts of sulfur dioxide in food. However, people sensitive to the chemical should consult a doctor before consuming large quantities of dried fruit.

How Does Sulphur Dioxide Prevent Browning?

Because of its importance, sulfur dioxide is a substance found in many foods and beverages. Its antimicrobial properties prevent bacteria from growing and causing browning.

Sulfur dioxide reacts with many chemical constituents of plants and food materials, and its strength varies depending on the pH and the molecule in question. However, sulfur dioxide can cause an abnormal flavor when added to food at a high concentration.

Though “sulfur dioxide” does not sound too tasty, it is a common ingredient in some foods and is not advisable for people who suffer from asthma or sulfite allergies.

According to a recent study in the British Journal of Diseases of the Chest, although sulfite is generally harmless to most people, it can cause asthma attacks in people with a sensitivity to the ingredient.

Sulfur dioxide is an additive found in many foods, and it is generally recognized as safe when used with a good manufacturing practice. However, it can cause allergic reactions, including asthma, and prevent good gut bacteria growth.

This substance can cause allergic reactions and rashes in people who are sensitive to it. However, it is not dangerous to consume high amounts of sulfite-containing foods. For most people, it is safe to eat up to 10 mg of sulfur dioxide per day.

Sulfur dioxide is a common preservative in many foods as one of its many importance. The compound and its derivatives act as a bleaching and reducing agents, inhibiting enzyme-catalyzed browning, controlling microorganisms, and acting as antioxidants.

Food products are usually sulfite through gas fumigation or immersion in SO2-generating compounds. This article examines the effects of sulfur dioxide on human health and how it is used in food production.