Home » Nutrition » Why Is Cinnamon Spicy? 4+ Health Benefit Of Cinnamon

Perhaps one of the nicest spices available is cinnamon but you may wonder why it is spicy. In fact, it was once regarded, along with saffron, as appropriate solely for monarchs and holy purposes. These days, you can readily find it, and the colder months see a lot of use. 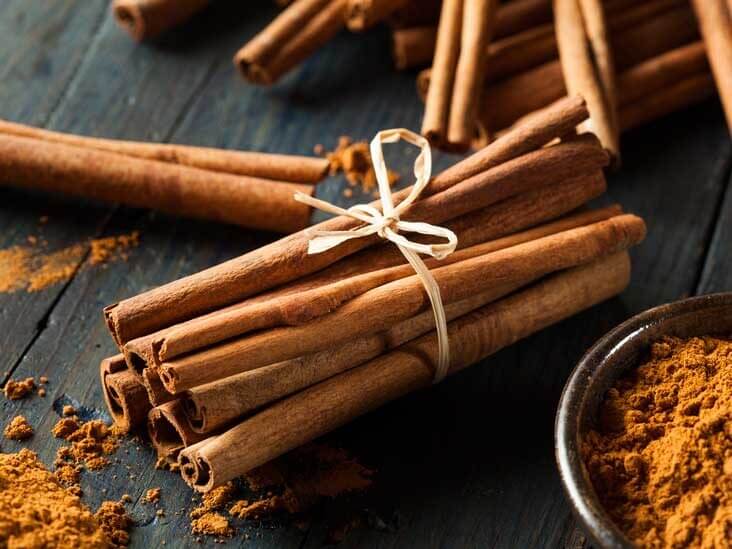 You understand what we mean when we say that spice blends start to appear everywhere on early September.

You may have observed that cinnamon has a moderate amount of spice. That’s hardly what you’d anticipate from something that is supposed to be sweet, would you? And this is perfect for those who enjoy their food spicy and sweet. We’ll examine why cinnamon is hot, why it seems to vary between brands, and other related questions.

What makes cinnamon so hot?

Cinnamaldehyde, a vital component of cinnamon essential oil, is what gives cinnamon its spicy flavor. There are two main types of cinnamon available on the market: Ceylon and Chinese, and all cinnamon sticks contain this chemical. 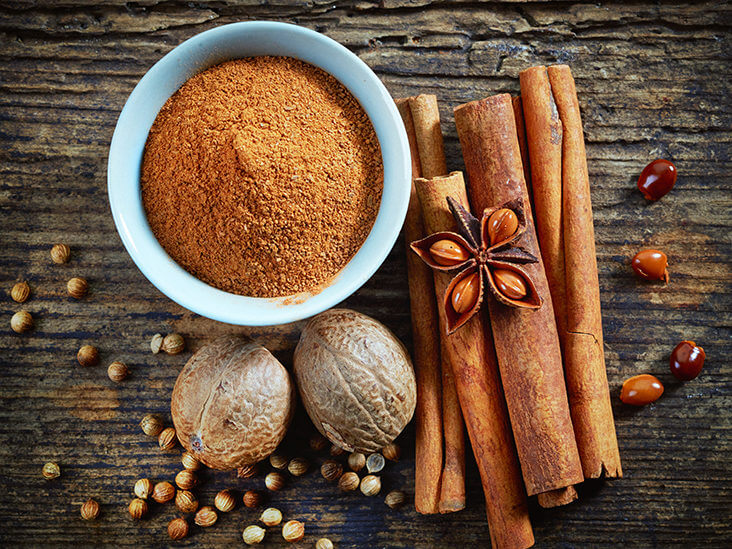 The first cinnamon to be cultivated was Ceylon, or Cinnamomum verum, thousands of years ago. It is sweeter than its counterpart and less hot than it.

Chinese, or Cinnamomum cassia, is the variety of cinnamon that was first grown in China; it is not found in Southeast Asia.

The irritating status of the cinnamon essential oil and its cinnamaldehyde makes it a highly powerful flavor. Contact with mucous areas will burn much more intensely than direct skin contact, which can only cause a mild burning sensation.

Real cinnamon has a milder spice.

Let’s clarify the debate about Ceylon and Chinese cinnamon. The Ceylon (previous name for Sri Lanka) kind of cinnamon is the original, at least in terms of ancient trade.

It is what the ancient Greeks so thoroughly studied and admired. As a result, its Latin name, which means “genuine cinnamon,” actually.

Chinese cinnamon, which comes from southern China and is also a species of cinnamon, is not a copy. But cinnamon comes in various varieties, just like coffee beans (such as arabica and robusta).

Other varieties exist, such as Vietnamese, Saigon, and Indonesian cinnamon, but these are infrequently available. In actuality, Chinese cinnamon makes up the majority of cinnamon marketed worldwide.

What differientiate the Chinese from Ceylon cinnamon is the flavour. Chinese cinnamon has a higher cinnamaldehyde level than real (Ceylon) cinnamon, which masks the delicate notes and is more flowery and subtle. As a result, Chinese cinnamon turns out to be hotter and has a simpler, less nuanced flavor.

So where can you buy genuine cinnamon? 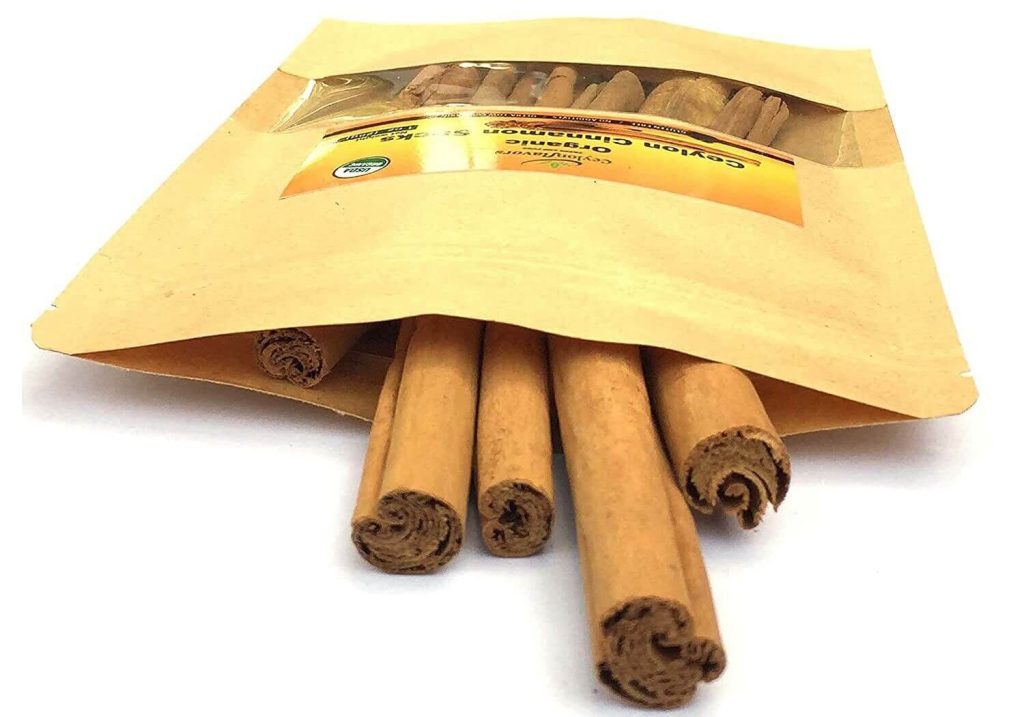 Since it’s not so common, you can buy it in specialty spice shops or spice markets. Compared to Chinese rolls, these ones appear more delicate, and the bark is also thinner.

If you’re debating whether to use cinnamon essential oil or ground cinnamon, stop right there. Both of those cinnamon varieties function differently.

Therefore, it is preferable to use ground cinnamon if you want to flavor a small quantity with a little bit of cinnamon. It functions well for baked goods including bread, cakes, cookies, and cupcakes.

When making a large quantity of food and only needing the taste, cinnamon oil can be helpful. When you make a large enough amount, one drop will go a very long way and will give you the desired flavor. But there’s a chance that you’ll spice up everything.

Beverages are another application for cinnamon oil. Simply said, cinnamon oil performs better for them than ground cinnamon.

If you use ground cinnamon, it will absorb some liquid and turn into an unwelcome sludge that will spread throughout your beverage. Only dip the tip of a toothpick in the cinnamon oil to add it; after that, dip it into your beverage. Again, a little bit is very helpful.

Maybe you also like: How Much Does a Chicken Nugget Weight

How to neutralize the flavor of cinnamon 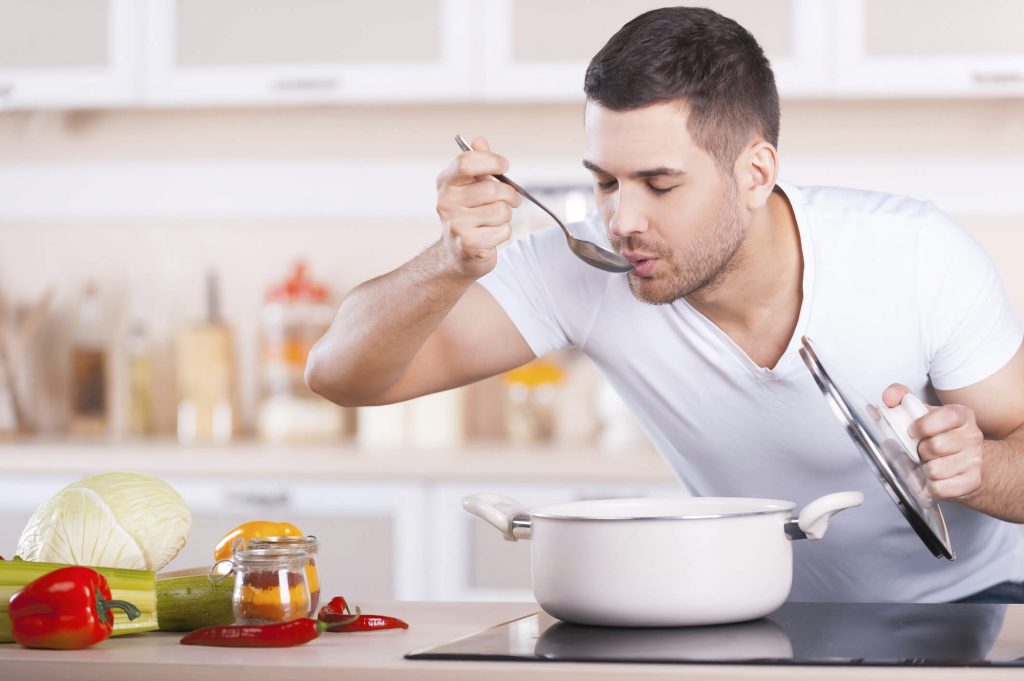 Assuming you didn’t add twice as much cinnamon as you were intended to, it’s rather simple to repair if you accidentally dropped some in a dish.

Your initial step should be to try to scoop up as much ground cinnamon as you can because, fortunately, you usually add cinnamon ground most of the time. Let’s now examine your additional possibilities.

If you’ve already incorporated the cinnamon into a recipe for dessert and need to add more starch, try doing so. Whatever you’re working with could be flour, rice, cornstarch, tapioca, etc. Given that the dry ingredient ratio has changed, you might need to increase the other ingredients.

When adding cinnamon to a moist ingredient, such as a cake filling or pie filling, try increasing the amount of milk, cream, or butter. These have their own milkfat, which works wonders to get rid of the cinnamon oil. This is also excellent for capsaicin.

Additionally, you can get a really wonderful dampened for the cinnamon taste if you combine these two suggestions with heavy cream and some flour. Just be aware that it has the potential to drown out the other ingredients.

Therefore, before you begin mixing, if you can, scoop up as much of the ground cinnamon as you can.

On the Scoville scale, where does cinnamon fall?

What is the Scoville rating (SHU) of any hot dish is one of the most often asked inquiries. It’s fun to compare and contrast various chili peppers and hot sauces to see how they relate to one another and to determine how spicy something is using the Scoville scale, which is a common method. 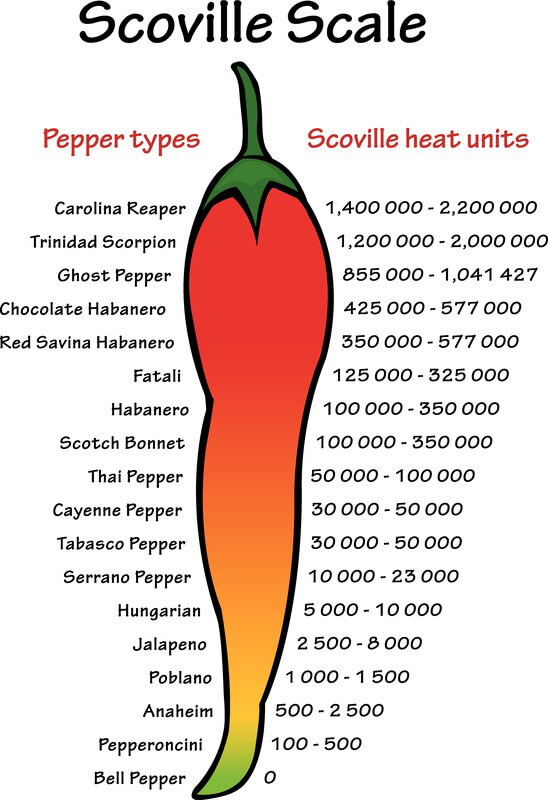 Cinnamon is undoubtedly spicy, but it wouldn’t rate high on the Scoville scale. This is so because cinnamon contains very little capsaicin, which is measured by Scoville Heat Units, which measure the dilution of capsaicin.

Therefore, even though cinnamon probably has a Scoville rating of 0, it is still a spicy component. Similarly, foods like horseradish and wasabi won’t register on the Scoville scale as being particularly spicy because it doesn’t contain capsaicin.

There are four primary species of cinnamon grown for commercial purposes.

This cultivar, which is native to Sri Lanka and Southern India and is also termed real cinnamon, Ceylon cinnamon, or mild cinnamon, is also commonly grown in Mexico and East Africa. Because of its delicate texture, it is also occasionally referred to as soft cinnamon. 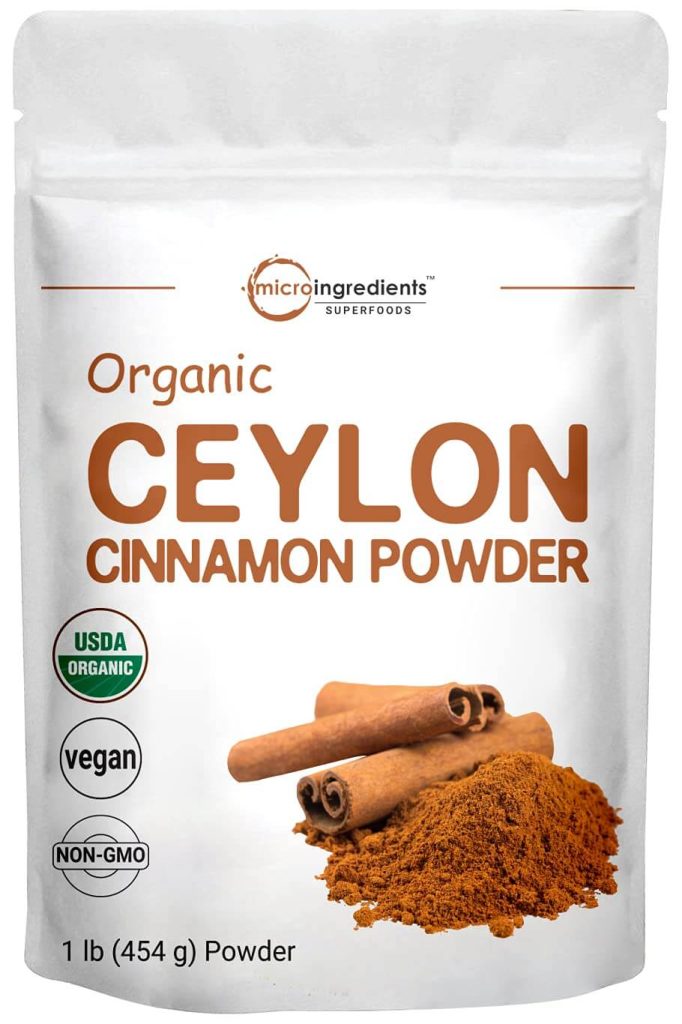 This is frequently meant when the term “Mexican cinnamon” is used. Frisch describes the flavor as “more herbal and savory, not overly sweet.”

This cinnamon, also known as Korintje cinnamon, is often milder. It is widely used in America and makes up over 70% of the country’s imports of cinnamon. It is “a friendly cinnamon that works for everything,” according to Frisch. 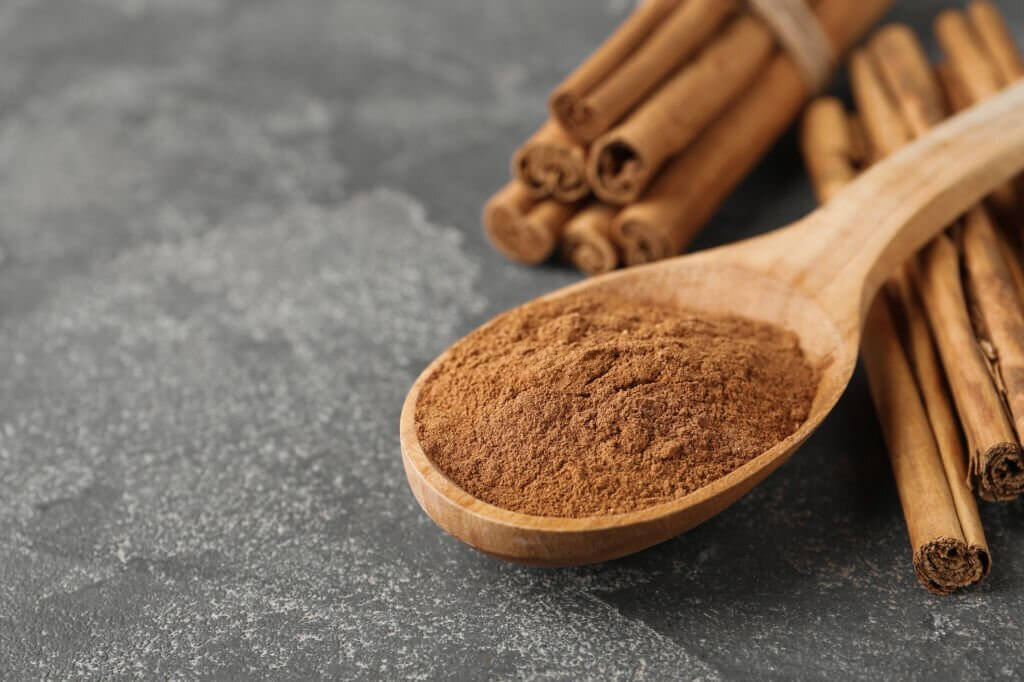 Saigon cinnamon is the most common name for this on grocery shelves. It is Southeast Asian in origin. It’s not overly hot and is fairly sweet.

This cinnamon, sometimes known as Royal cinnamon, is more difficult to locate on the shelves of supermarket stores, but spice vendors frequently sell it. Most of it is produced in central Vietnam. Frisch describes it as “very sweet, super spicy, cinnamon amplified to ten.” 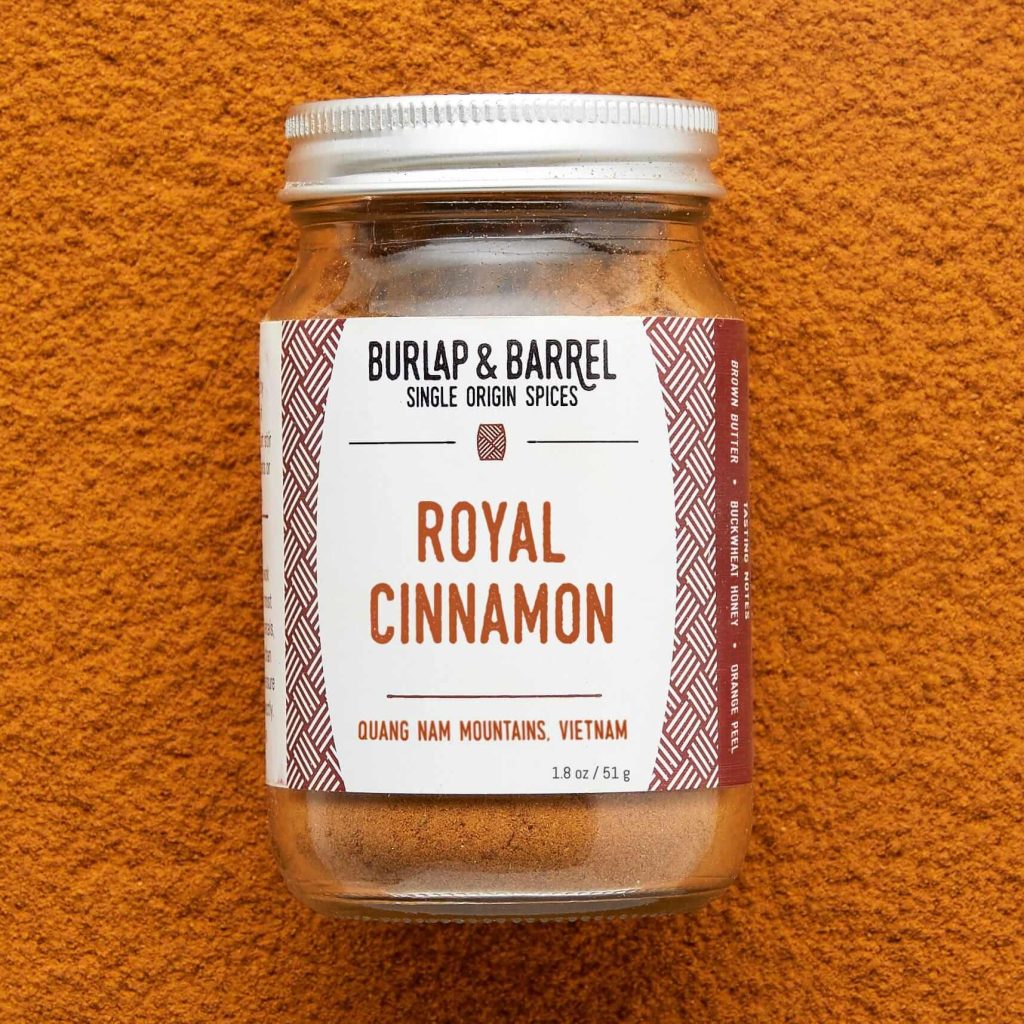 The region where Burlap & Barrel purchases it used to supply cinnamon to the royal court, so the name, royal cinnamon.

The health benefit of cinnamon 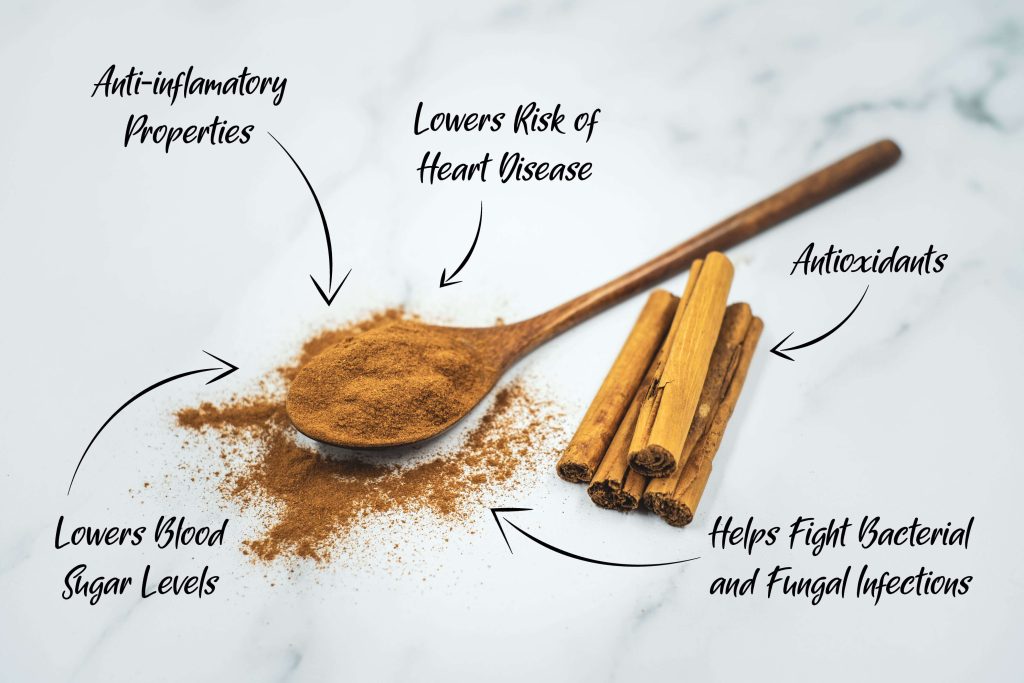 Cinnamon may have aantioxidant properties that benefit health.

Scientists have found evidence of some possible health benefits of cinnamon. These consist of:

Some fungi infections may respond well to the treatment with cinnamon oil.

Cinnamon oil is helpful against a kind of Candida that affects the bloodstream, according to a laboratory study from 2016. Its antibacterial qualities might be to blame for this.

If the additional investigation supports these results, cinnamon oil might be useful in treating this particular infection.

According to a 2015 review trusted Source, cassia cinnamon has been demonstrated to lower blood sugar levels in animal trials.

The review also found that blood glucose, triglycerides, low-density lipoprotein cholesterol, and total cholesterol were all reduced in 60 persons with type 2 diabetes who consumed up to 6 grams (g) of cinnamon daily for 40 days to 4 months.

Cinnamon does not, however, assist in lowering glucose or glycosylated hemoglobin A1c levels in patients with type 1 or type 2 diabetes, according to the National Center for Complementary and Integrative Health (NCCIH), which are long-term indicators of blood glucose control.

According to some animal studies, cinnamon may aid in the prevention of Alzheimer’s disease.

Researchers have found that a cinnamon bark extract known as CEppt has qualities that could delay the onset of symptoms.

The extract reduced the amyloid plaques that are hallmarks of Alzheimer’s disease in mice and improved their capacity for thought and reasoning.

This extract, but not necessarily whole cinnamon, may be helpful in creating Alzheimer’s treatments if additional study supports its efficacy.

Cinnamon may aid in HIV protection, according to a study of extracts of Indian medicinal plants conducted in 2000.

Scientists tested 69 extracts in a laboratory. Cinnamomum cassia, or cinnamon bark, and Cardiospermum helicacabum, which is the cinnamon shoot and fruit, were most effective in reducing HIV activity.

In a laboratory experiment conducted in 2016 (Reliable Source), researchers discovered that a cinnamon extract had anti-HIV properties.

However, cinnamon extracts may someday be used in HIV therapy. This does not imply that foods containing cinnamon can be used to treat or prevent HIV.

For the time being, it appears that most people can safely consume moderate doses of cinnamon as a spice or a supplement. 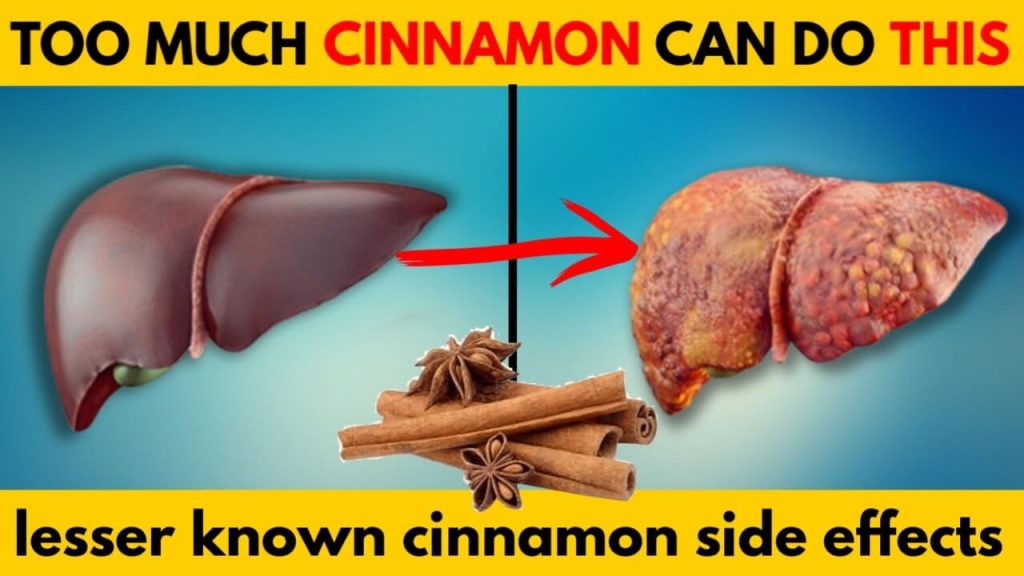 Cinnamon does, however, contain coumarin. This is a natural flavour that also contributes to the production of warfarin, a common blood thinner.

A high coumarin intake can harm the liver and interfere with blood clotting. Therefore, before including cinnamon or cassia in their diet, people should consult their doctor and know if they use medications or anticoagulants, have a liver disease or diabetes.

Cinnamaldehyde, a vital component of cinnamon essential oil, is what gives cinnamon its spicy flavor.

Lasagna Internal Temperature: How to check it?